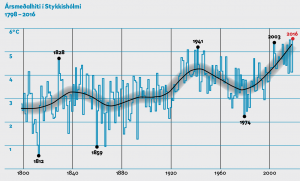 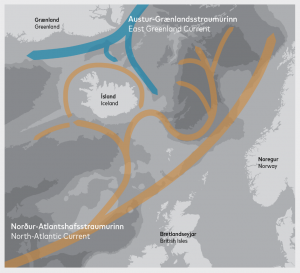 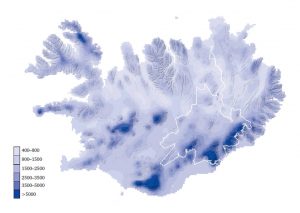 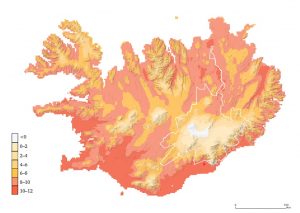 Climate is the average of weather conditions (temperature, precipitation, wind) in a certain region over a long period of time (months, years or thousands of years). In contrast, weather is measured in hours or days and is ever changing. Weather can be forecast a few days into the future, whereas climate is determined retrospectively from the prevailing weather conditions of a region. The weather must have been measured for several decades for meteorologists to detect true changes in the climate.

Observed trends, theoretical understanding and numerical modelling demonstrates that climate change is increasing the risk of extreme weather events such as heat waves, heavy precipitation, droughts and wildfires. In some regions, increased temperatures have resulted in decreased mean precipitation, although downpours and floods have become more common. In other areas, droughts are becoming more frequent with dry periods lasting longer than before. Commonly, wet areas have become wetter and arid areas have become drier. Heat waves are now more frequent and extreme in most regions of the world while the number of cold days has decreased. 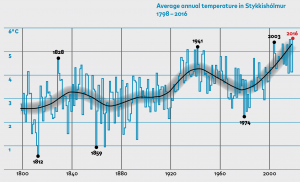 Iceland lies in the North Atlantic, just south of the Arctic Circle. The country is at the border of two main climate zones, polar and temperate, and the climate can thus be classified as cold-temperate. A warm ocean current from the south, the North Atlantic Current, results in a milder climate than expected considering the latitude of the country. The average annual temperature in lowland areas in Iceland is in the range of 2–5°C. Southerly winds deliver high amounts of precipitation to the south coast and the average annual precipitation in the wettest parts of the lowland is 2000–3000 mm, up to 4000–5000 mm on Vatnajökull (and Mýrdalsjökull). In the rain shadow north of the Vatnajökull ice cap, the precipitation is much less or 400–800 mm per year. 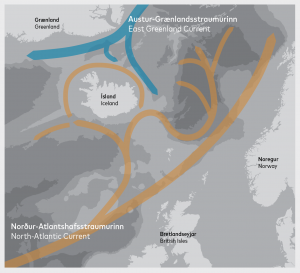 Main ocean surface currents in the North Atlantic. Published in Hannesdóttir and Baldursson, 2017. 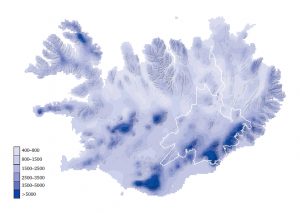 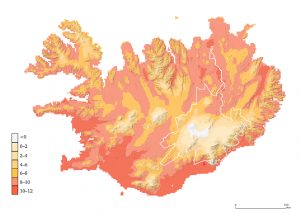 It is expected that precipitation will increase approximately 2–3% for every 1°C rise in temperature and that there will be fewer days without any precipitation.